Disclosure: The following contains affiliate links, meaning I may receive a small commission if you click through and make a purchase, at no additional cost to you. Click here to read the full Affiliate Disclosure.

In this episode, Jessica Fletcher is transported by helicopter to an island owned by Henry Raynard, who arranged for a family gathering and asked Jess to come along and figure out which one of them might be trying to kill him.

Also in attendance are:

After the crime, local law enforcement come on the scene:

Visitors arrive at the island with the help of a helicopter pilot played by H. Ray Huff.

Final thoughts and other trivia:

While the location of “Reynard Island” is unspecified, an imdb reviewer pointed out that there are some clues as to its general whereabouts. For instance, there are references to business travels to Chicago, which suggests that the island might be somewhere on Lake Michigan.

The premise for this episode is clearly inspired by Agatha Christie’s And Then There Were None–starting with a gathering on a remote island and continuing with the same major plot twist.

Support me on Ko-fi

Check out this and other mystery fan art merch on my TeePublic storefront: 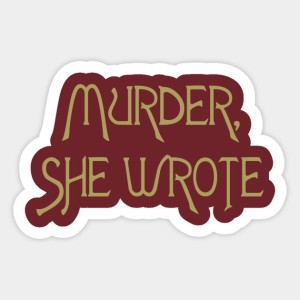