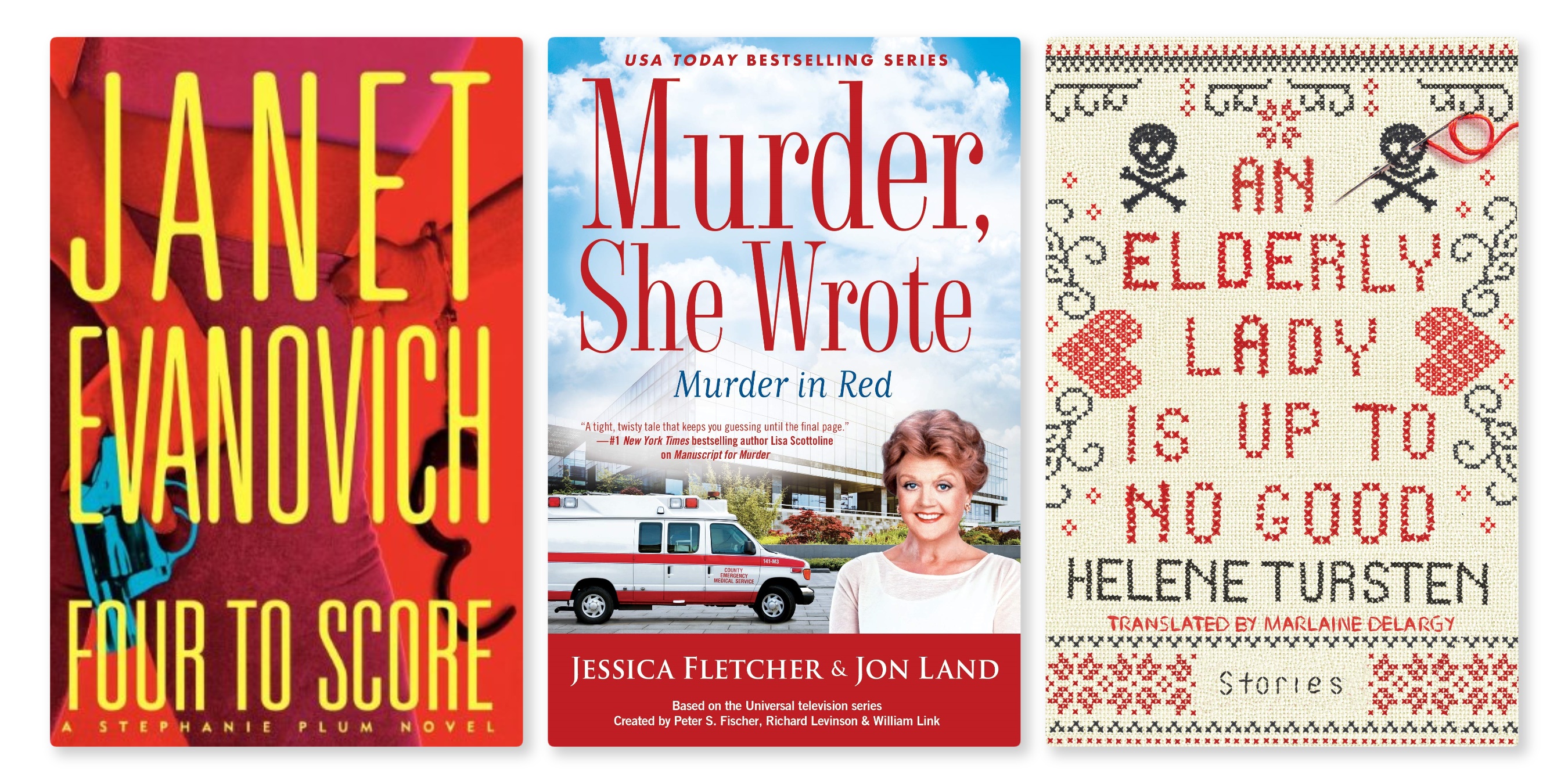 April continued to be a busy month for me as I tried to finish up writing my thesis, but I did manage to at least finish reading the books I didn’t get to finish in March, plus one more.

One book that I started reading in March but finished only recently is the latest Murder, She Wrote novel. Murder in Red comes out May 28th (2019) and the author, Jon Land, has kindly sent me an advanced digital copy of it.

The story takes place in Cabot Cove and revolves around a new healthcare center that opened up just outside of town. Jessica’s friends, who were recent patients at the centre, have died and Jessica has become suspicious about the treatments they received.

Fans of the series are understandably apprehensive about this novel. The previous and well-loved author of the series, Donald Bain, had passed away a few years ago and Jon Land took over the series. The first two books that Jon Land was involved with didn’t sit too well with the fans, but I believe that the issues with those books can be simply put down to growing pains. (Even Donald Bain’s first foray into the series didn’t do too well and needed to be revised for a second edition.) I can assure everyone that Jon Land has finally done his homework for this one.

Murder in Red weaves in characters from the series (even more minor ones such as Jean O’Neill who appeared in four episodes of the show as the town librarian), and gives a nod and a wink to long-standing jokes about the series (such as Cabot Cove’s dwindling population). I highly recommend it for Murder, She Wrote fans.

An Elderly Lady is Up to No Good

I chose to read Helene Thursten’s An Elderly Lady is Up to No Good because it fulfilled the category of “a book in translation” in the Toronto Public Library’s 2019 Reading Challenge, which I’m aiming to complete. (The book was originally written in Swedish.)

The book is a pocket-sized collection of five short stories about a woman in her 80s who commits murders in order to protect the quiet life she has set up for herself. Although it’s a crime book, it’s not really a mystery. That means that instead of reading along to find out how the crime is solved, I found myself reading along in anticipation of the crime being committed.

It was definitely interesting reading this around the same time as reading the Murder, She Wrote novel since it specifically plays out the joke that has been made about Jessica Fletcher in the show: that she’s just a serial killer that frames other people for the murders she commits.

Another book that I started in March but finished in April is the fourth installment in Janet Evanovich’s Stephanie Plum series. I reread the book as part of my mission to document the series trivia; you can see a full post dedicated to the book here.

Now that my thesis is all done, I look forward to reading more novels and having time for more non-academic things in May.

Click here to check out this and other mystery fan art merch on my TeePublic storefront: